You are here: Home1 / Mission & Governance 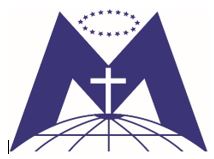 The Marist Fathers were founded in France in 1836 and their Constitutions were approved in Rome in 1872 for an outreach to the Pacific ‘to attend to the most neglected, the poor and those who suffer injustice.  They are ready to carry out these tasks anywhere, at any time’ (Const. 12).

Australian Marist Centre for Overseas Aid (AMCOA) is managed by the Marist Mission Centre (MMC) on behalf of the Marist Fathers for the Province of Australia.  AMCOA is an international development relief Trust Fund registered by NSW Government (1982) and by the Federal Government (1983) as a public overseas aid fund eligible under the scheme for granting income tax deductions for gifts made to approved overseas aid agencies for the relief for persons in developing countries.  The Trustees have appointed an AMCOA Advisory Committee of (5) well qualified community representatives to have oversight of the programs, finances and activities of the organisation.

AMCOA mission and governance principles arise from Gospel and Marist values (Const. N12), Catholic Social Teachings (cf Caritas website), Universal Declaration of Human Rights (cf UN) and of practical compassionate solidarity with the most vulnerable in the human family in a way that sustains their hope of a better future irrespective of their race, religion and gender. AMCOA is registered with the Australian Charities Not-for-Profit Commission (ACNC) and was a founding member of the Australian Council for International Development (ACFID).

AMCOA is linked through the Trustees of the Marist Fathers for the Province for Australia with the Marist International network in over 50 Countries.  Through these international and domestic networks, AMCOA is well-placed to engage the wider Marist network to sustain a commitment to social and community development programs abroad and to promote social responsibility within Australia.  The priority focus for these programs and activities is in the Asia-Pacific region.